Arizona is doubling its investment in a proven program that trains public school principals “to be great” — the Beat the Odds Leadership Academy (BTO Academy).

Governor Doug Ducey recently announced the investment of $700,000 for the program to help reverse the brain drain that has occurred, particularly among low-income students, during the Covid-19 disruptions.

Led by the nonprofit Center for the Future of Arizona (CFA), the BTO Academy provides principals and school system leaders with executive leadership training to improve the quality of their schools and their students’ outcomes.

The program is proof that leadership really does matter, said Sybil Francis, president and CEO of CFA.

Previous research studies have found that principals account for approximately 25 percent of a school’s total impact on student achievement. Now, new research reveals that principals are even much more important than previously thought when it comes to student and teacher outcomes.

“Of the many factors necessary to increase educational attainment in our state, ensuring we have great schools is foundational, which requires strong principals and qualified teachers,” Francis said.

CFA plans to use the money to further expand access to the BTO Academy for public school leaders who are recovering from the most challenging year in academic history, Francis said.

This year, there will be more emphasis on equity and making the program available in rural, tribal, small districts and underperforming schools through a hybrid of virtual and in-person training.

Major research commissioned by the nonprofit Wallace Foundation finds that the impact of effective principals is even larger than previously reported.

In its new report, “How Principals Affect Students and Schools: A Systematic Synthesis of Two Decades of Research,” reveals that investments in principal training produce a big payout in learning and other outcomes.

To gauge the impact of principals on student learning, the researchers examined six studies that followed the same schools and principals over multiple years by using district and state longitudinal data available only in the last decade or so. The studies showed that principals’ contributions to student achievement were nearly as large as the average effects of teachers identified in similar studies – but larger in scope because effects are averaged over an entire school rather than a classroom.

Among the benefits were improved student learning and attendance, reduction in exclusionary discipline, and teacher satisfaction and retention, particularly for high-performing teachers.

The researchers emphasized, however, that principal and teacher effects on student learning cannot be separated. Part of the impact of an effective principal is to make it more likely a student will have an effective teacher.

Among the districts currently benefiting from the program are: 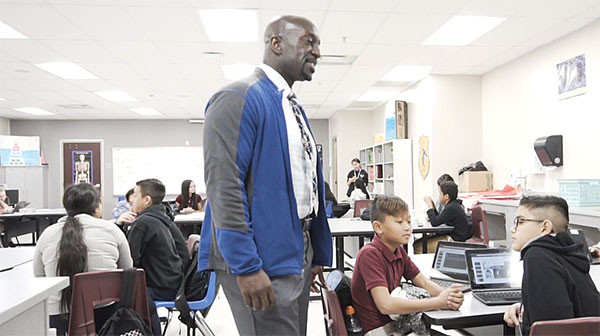 Principals across the state report the program is working. Principals like Eric Atuahene, in the Littleton Elementary School District in the southwest part of metro Phoenix, credits the BTO Academy with his school’s growth from the lowest-performing to the highest-performing in his district. BTO Academy helped him “become a leader of leaders,” he said.

Public-private investment made BTO a reality

CFA launched the BTO Academy in 2017 with public-private investment support from Governor Ducey, Helios Education Foundation and the Burton Family Foundation. To read more about the academy, visit: Beat the Odds Leadership Academy.