The Center for the Future of Arizona (CFA) expands Participatory Budgeting (PB) in Arizona schools for the fourth consecutive year, growing its reach to 30,000 students across the state. Core to CFA’s mission is a commitment to advancing the priorities that matter most to Arizonans. This includes strengthening civic health which can be thought of as “how our communities are organized to define and address public problems.”

Through its collaboration with schools, PB empowers students to “learn democracy by doing” by deciding how district funds are used to improve their school communities while at the same time preparing young people to be active, informed, and engaged participants in civic life. PB is a promising practice for closing Arizona’s civic opportunity gap indicated in the Arizona Civic Participation Progress Meter. 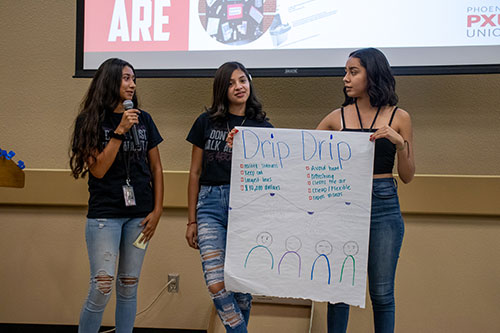 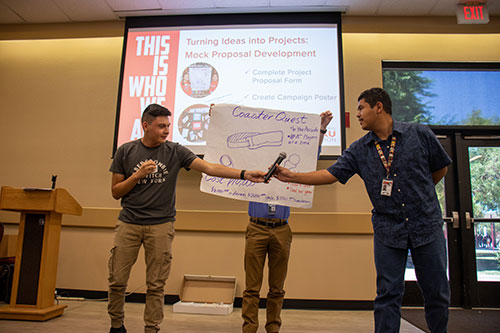 Phoenix Union High School District (PXU) is the first district in the nation to launch PB, growing from five schools in 2016 to all 20 campuses this year. In partnership with CFA and the Participatory Budgeting Project (PBP), the district held their annual kickoff for school participatory budgeting in September, engaging 200 students from across the district. 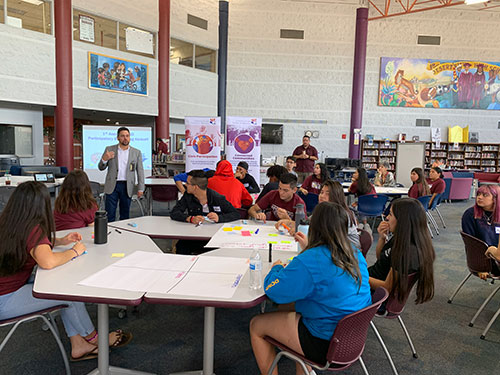 At the introductory trainings, students learn the process of deciding how to spend a portion of funds by participating in a mock PB exercise in which students create project proposals, present their ideas, and cast votes to select the best project idea.

Going forward, students will participate in steering committees to create improvement projects on their campuses, with actual dollars from their school district’s budget.