azcentral:
Too many millennial college grads are leaving Arizona. How do we keep them? 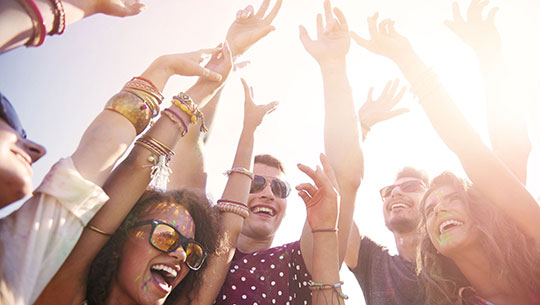 Opinion: A lack of affordable housing and career mobility may be chasing Arizona's best and brightest out of state.

There may be many memes about “worthless millennials,” but it’s no joke that the future belongs to young talent.

Cities across the nation are recruiting them as vital economic contributors because they make up the prime workforce. If conditions are right, they will establish roots that grow generations of talent.

Understanding Arizona’s young talent and what matters most to them is key to helping make them and successive generations successful.

So, what do we know about millennials and the young talent following in their footsteps? Young adults ages 18-39 represent 30% of Arizona’s population, with two-thirds – or 1.2 million – living in metro Phoenix.

Affordable housing is a real problem

There’s a vast difference between the choices confronting a single 20-year-old and a married 35-year-old parent.

What they have in common: They are making key life decisions about education and jobs, which affect everything from homeownership to how they spend their leisure time and the causes they care about.

The sense of openness and opportunity combined with an affordable cost of living have made Arizona an attractive destination. Since statehood, 70% of Arizona’s adult population is from somewhere else.

But affordable housing is now becoming a problem for all Arizonans. Census data tell us that 19% of Arizona’s young adults are housing burdened, or spend more than 30% of their income on housing.

Debt without a degree is another

Housing affordability for minority and low-income populations is worse, especially for young adult Latinos and African Americans, 22% and 28% of whom respectively are housing burdened. Forty-four percent of Native Americans in Cochise and Santa Cruz counties fall in this category.

Incomes are not keeping pace.

Having debt and no degree leaves this population in a double bind. Closing the education gap for this demographic would increase their lifetime incomes and all the benefits that accrue.

Employers from Yuma to Flagstaff and elsewhere are experiencing challenges in growing, recruiting and retaining young talent.

According to the Arizona Board of Regents, 81% of freshly minted college graduates remain in Arizona, but half will leave the state for jobs elsewhere after 15 years.

Why are millennials leaving Arizona?

Why? Arizona’s young talent drive culture, the success of our state and ultimately Arizona’s identity.

What can we do to make Arizona a magnet for young talent?

Numbers tell us that this group is deferring marriage and homeownership later than any previous generation and is leaving for jobs elsewhere. We need to know the story behind the numbers.

The Center for the Future of Arizona is bringing young people together in focus groups across the state to ask them what matters most to them and will report on our findings this fall.

More than anything else we have learned from these groups so far is that young people want to be heard and not simply consulted after decisions are made.

We're listening to find the answers

Early results reinforce the need for affordable housing, greater career mobility and a strong education system, as well as harder to measure indicators such as a sense of openness and inclusivity.

And beyond building careers, young people want to lead purposeful lives that benefit society. Listening to Arizona’s young talent can equip state, local, community, public and private sector leaders with the information they need to work together to transform Arizona into a hub where young people thrive, stay and create positive growth for our state.

Competition for young talent is fierce nationally, but it doesn’t have to be a zero-sum game. Arizona can have its own recipe for success based on the ingredients that make our state unique such as Arizona’s natural beauty and historically affordable cost of living.

Dr. Sybil Francis is a founding member, president and CEO of the Center for the Future of Arizona.