COVID-19: CFA continues to bring Arizonans together to build a bright future for our state. Read our commitment during this time of uncertainty.

Bill gives schools flexibility in meeting needs of each student 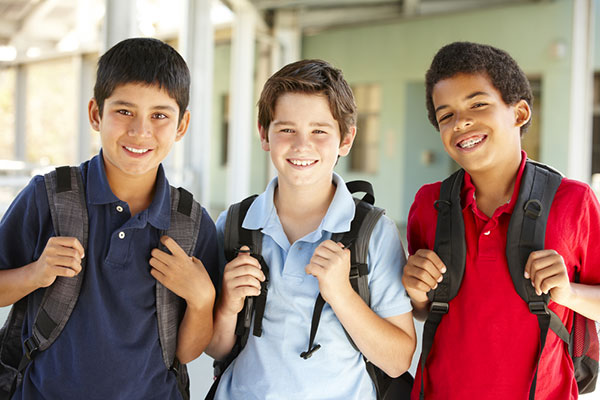 A bill proposing changes to instructional time models for Arizona’s K-12 schools could reduce limitations that have prevented them from adopting non-traditional models more tailored to the needs of individual students.

If passed, the bill wouldn’t immediately change the functions of classrooms. Changes must be given two public hearings within school districts, meet the total required number of instructional hours for each school level and keep the amount of remote instruction offered below 50% in order to continue to qualify as a brick-and-mortar school. After the first year, the maximum amount of remote instruction allowed in in-person schools will reduce to 40%.

The bill’s sponsor, Rep. Michelle Udall, R-Mesa, said current state law requires that Arizona schools either define themselves as in-person or online schools, and there is little room to incorporate new learning models within either category without risking a loss of funding.

“So even if they had, for example, two really long courses, and then their other courses were all shorter and didn’t meet that 123 hours, their students would only be counted as half-time, even if they were meeting the full instructional hours, because some of those courses were too short,” Udall said.

Her bill, which got approval in the Senate Education Committee on March 16, would allow flexibility in course lengths so some can be shorter than the 123 hours in high schools’ case, as long as students are meeting the full required amount of time per day when all their courses are added up.

Alternative models for K-12 schooling like staggered start times, asynchronous learning and project-based learning could help make school more accessible for students who are sick or have medical conditions, and students with behavioral problems who may be suspended from school for the safety of their classmates, but still need to learn, Udall said.

Emily Anne Gullickson, president and founder of Great Leaders, Strong Schools, said seeing the effects of the pandemic on the education system has made people more open to the bill’s proposals.

She said in the past, people have heard phrases like “seat time flexibility” and thought that meant less teaching and learning for students.

“Instead, what it’s doing is it’s maintaining the amount of instructional hours, it’s just how schools structure that learning time … not lowering the bar on the rigorous learning expectations or the time that we want them teaching students,” Gullickson said. “We have so many more points to look to to prove that it’s not catastrophic for students and teachers — in fact, it’s actually embraced.”

While they haven’t been implemented on a wide scale in Arizona, organizations like the Center for the Future of Arizona have created programs that schools can utilize to offer more non-traditional learning options.

The Arizona Personalized Learning Network, a product of the Center for the Future of Arizona and Knowledge Works, has partnered with four Arizona school districts to offer personalized competency-based learning systems.

Peter Boyle, director of educational leadership and innovation at the Center for the Future of Arizona, oversees the Arizona Personalized Learning Network. He said the changes the program helps facilitate include things like implementing flex-schedule periods, intervention and enrichment blocs.

“The pandemic really sort of accelerated some trends that were already in motion in terms of the research around the power of learner-centered education … and there was already some traction here in Arizona to move systems towards that way,” Boyle said. “We are looking forward to what that future expansion might look like, building off of the work that we’re doing currently with our district.”

Udall’s hopes for her bill’s reception can be summarized in what she said is one of her favorite quotes, commonly attributed to Henry Ford: “If I had asked people what they wanted, they would have said faster horses.”

As Ford saw the opportunity to innovate from the horse to the automobile, Udall hopes people see the possibilities that could arise from opening their minds to what education could be, rather than what it is.

“I think sometimes we get so caught up in needing to know exactly what it’s gonna look like when we change things that we miss the bigger picture and we lose out on some of the great innovation that can happen that can really change things for the better,” she said. “And so, I don’t know what all it can look like. But if we don’t grab this flexibility, we’ll never know.”