The Center for the Future of Arizona (CFA) today announced the five outstanding recipients of the 2021 Gabe Zimmerman Public Service Awards. Non-elected public servants honored this year are: Deputy Chief of Staff for the Tuba City Regional Health Care Corporation Dr. Sophina Manheimer Calderon, Chief of Staff for the City Manager’s Office/Interim Public Works Director for the City of Peoria, State Elections Director for the Arizona Secretary of State’s Office Bo Dul, Director of Parks and Recreation for the City of Goodyear Nathan Torres, and Assistant to the Town Manager for the Town of Marana Heath Vescovi-Chiordi.

On January 8, 2011, Gabe Zimmerman – Arizona Congresswoman Gabrielle Giffords’ community outreach director – gave his life while serving the citizens of Arizona at a “Congress on Your Corner” constituent outreach event. In honor of his memory, CFA presents these special awards each year to non-elected public servants to recognize their contributions to Arizona communities.

“CFA is honored to celebrate the achievements of this year’s dedicated and talented recipients of the Gabe Zimmerman award who work every day to create a stronger and brighter future for our state,” said Sybil Francis, President & CEO of the Center for the Future of Arizona. “Arizonans across the state should be proud of these dedicated public servants whose passion to improving our communities, solving public problems and commitment to building a democracy that works for all helps us achieve The Arizona We Want.”

About the 2021 Award Categories

Community Builder Award (Large City/Town and Small City/Town): Recognizes public servants in cities and towns who advance community pride and connectedness. These leaders have been instrumental in transforming their communities through a variety of efforts including job creation and training, advancing healthy communities, environmental and historical preservation, volunteerism and philanthropy, and educational advancement. The 2021 award recipients are:

Emerging Leader Award: Recognizes early-stage public servants committed to improving civic health and community connections for their constituents. These leaders bring innovation, energy and compassion to their organizations while serving as role models for others seeking to build their careers in Arizona. The 2021 award recipient is:

Civic Leader Award: Recognizes long-standing public servants who have spent much of their careers supporting Arizona communities. These leaders have demonstrated knowledge, skills and commitment for addressing Arizona’s long-term issues and the personal leadership capacity to make Arizona a better place for future generations. The 2021 award recipient is:

All award nominees are judged on their qualities and achievements—how they have changed the way government works to serve the public interest; ability to take risks and inspire others; impact of connecting Arizonans to civic life; improving the health of their community; new ideas to reduce costs, improve efficiency and enhance delivery of public services; and legacy contributions of lasting significance.

About the 2021 Award Recipients 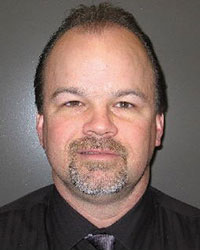 Jay Davies is currently the Interim Public Works Director for the City of Peoria, overseeing operations including fleet, streets, solid waste, transit, and facilities. He has served with Peoria since 1997 in a variety of roles, most of which spanned a 20-year career as a civilian manager in the Peoria Police Department. In his time with the police department, Davies managed a wide array of programs and services, including victim assistance, neighborhood mediation, media relations, personnel, training, administration and budget, records, communications, and a variety of civilian enforcement functions.

Most recently, Davies served as the Chief of Staff to City Manager Jeff Tyne, supporting the executive team and managing special projects and strategic efforts, and led the city’s response to the COVID-19 pandemic.

Davies holds a Master’s Degree in Public Administration and an undergraduate degree in Psychology from Arizona State University, completed the Northwestern University School of Police Command, and is a Certified Public Manager. Prior to his local government service, he worked in the not-for-profit, social service sector with various populations. 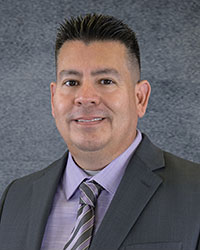 Nathan Torres has served as Goodyear’s Parks and Recreation Director since 2012. His parks and recreation career spans more than three decades having started as a teenager, progressing through nearly every level of the profession. His passion for the profession stems from lifelong participation in parks and recreation programs. Torres’ philosophy is simple: park and recreation services enhance the quality of life for all ages, abilities, and interests and is the cornerstone for building and maintaining a vibrant and healthy community. 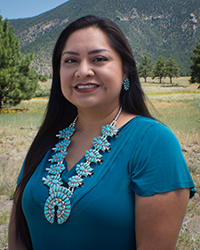 Dr. Sophina Manheimer Calderon is Diné (Navajo) from Tuba City, Arizona on the Navajo Nation. She is a graduate of Dartmouth College and obtained her medical degree from the University of Rochester School of Medicine and Dentistry. She completed her residency training in family medicine at the University of Rochester Medical Center with an emphasis in women’s health and global health.

Dr. Calderon currently works at Tuba City Regional Health Care Corporation where she is the Deputy Chief of Staff. She is the HIV officer for TCRHCC providing subspecialized HIV/AIDS treatment and prevention for adults and adolescents on the Western Navajo Nation. With a commitment to global health, Dr. Calderon also serves on medical brigades to Honduras with her University of Rochester Family Medicine Residency Program.

Dr. Calderon received the 2017 Humanitarian Award from the University of Rochester School of Medicine & Dentistry which recognizes dedication to providing medical care to the underprivileged and underserved.

She is cofounder of the Navajo organization Diné Bá’ádeit’í (For the People) which is dedicated to helping members of the Navajo Nation. Their most successful project, with the assistance of The Arizona Nature Conservancy and the Wood for Life Project, has been bringing over 1600 loads of firewood to warm homes across the Navajo Nation during the COVID-19 Pandemic.

Most recently, Dr. Calderon has been assisting the Epi Reponse Team at TCRHCC with their COVID-19 response to the pandemic. Her focus has been on community education and outreach. 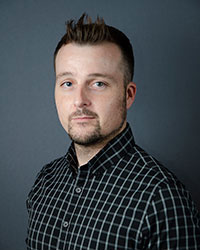 Heath Vescovi-Chiordi is currently the Assistant to the Town Manager in the Manager’s Office for the Town of Marana. He graduated from the University of Arizona with a Bachelor’s Degree in Political Science and Spanish, as well as a Master’s Degree in Public Administration with an emphasis on local government.

His areas of focus at the Town of Marana are Town/City Management and Economic Development, which focuses his efforts on efficient Government Administration, as well as sustainable growth within the community related to the economy.

He is also heavily involved in the Greater Tucson community, having recently graduated from the inaugural cohort of the Greater Tucson Leadership Civic and Political Leadership Class, as well as by sitting on the Board for the Arizona Town Hall Association, and Tucson Young Professionals. Most recently, Heath was named a 2019 40 Under 40 Honoree by the Tucson Hispanic Chamber of Commerce, as well as appointed to the Pima County Workforce Investment Board, and the Judicial Performance Review Commission for the State of Arizona. 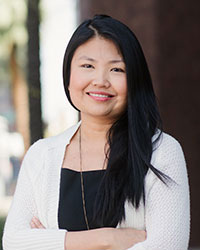 Sambo (Bo) Dul joined the Secretary of State’s Office as the State Elections Director in January 2019. Before that, she was a partner at Perkins Coie LLP, focusing on election and voting rights litigation, international anti-corruption compliance and investigations, and immigrant and refugee rights matters. Dul grew up in Tempe and received Bachelor’s degrees in Economics, Political Science, and Spanish from Arizona State University. She received her Master’s in Public Affairs from Princeton University and Juris Doctorate from New York University School of Law. She clerked on the U.S. Court of Appeals for the Third Circuit before moving back home to Arizona in 2013.