Arizona Capitol Times: What Arizonans want in our election system

Posted on June 03, 2022 • Category: Op-Ed
By Sybil Francis – President & CEO, Center for the Future of Arizona 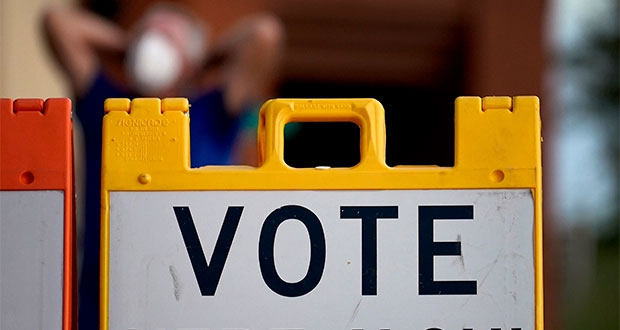 Arizonans value education and understand its central role to the success of our state.

They want quality teachers and leaders in every school. They want to close achievement gaps among students. And they want more students continuing their education beyond high school.

This is what they said when Gallup surveyed more than 3,500 Arizonans for the Center for the Future of Arizona. Yet these priorities are not reflected in our politics or the policies of our Legislature, which in this session failed at leadership for education, stymied efforts to protect rural water supplies and saw numerous efforts to eliminate voting by mail.

Here’s why. Most legislative districts – 26 of 30 after redistricting – are dominated by one party or the other, which means that the only meaningful race comes in traditionally low-turnout primary elections. Therefore, a small minority of the party faithful essentially decides who will make the laws.

As a result, most incumbents have more to fear from their flank than from an opponent in the opposite party, and they vote accordingly. Independent candidates have virtually no chance of winning, and the voting system makes it harder for non-affiliated voters to cast their ballot in the primary.

As voters disgusted with the parties have flocked to register as independents, they have effectively left behind a more polarized party system. As polarization increases, moderates become practically extinct. The interests of most Arizonans are not represented.

Nor should it be a surprise that people whose views align with the majority of Arizonans don’t run in a system stacked against them. Or that those who do run are transformed by a process that forces them to appeal to small but powerful minorities. We all know candidates whom we no longer recognize when they focus on “speaking to their base.” We lack incentives to promote representative government and thoughtful governance.

When representatives fail to represent us, disdain in government grows. Only 37% of Arizonans surveyed by Gallup believe our state’s elected leaders focus on long-term visionary planning. Only one-third say they represent diverse voices or use data to make decisions. And just over one-fourth believe their elected representatives work across party lines.

Our representatives won’t change their approach unless we change the way we elect them. We need a system in which every vote counts equally and one that encourages and rewards candidates who appeal to what most Arizonans want from their elected leaders.

There are other models adopted in other states that reduce partisanship, increase voter confidence and ensure that every vote counts equally. These include open primaries, top-two primaries, top-four primaries, ranked-choice voting, more competitive legislative districts and other actions. Let’s study these and have a robust discussion about what we need to do to better align our system with what Arizonans want. Then let’s take action.

If you need more proof of the large gap between where voters stand on key issues and the platforms on which candidates are running, you might be interested in learning about the Arizona Voters’ Agenda. The Center for the Future of Arizona partnered with HighGround Public Affairs to survey likely voters in the upcoming elections. The results offer an eye-opening look at where likely voters across political parties and age groups agree on what is important and give proof to counter the narrative of polarization and division of the electorate.

The gap between the inflamed political dialogue and what Arizonans care about will astound you. Sign up at www.arizonafuture.org to receive email updates of the results that will be released starting in early June.

The challenges to electing leaders who truly represent us as Arizonans are on full display in this primary season. We need an election system that serves all Arizonans and gives us the leaders we want and need. It’s time for a change.

Sybil Francis is president and CEO of Center for the Future of Arizona, a nonprofit, nonpartisan organization that brings Arizonans together to create a stronger and brighter future for our state.