AZ Central: Candidates have no clue what Arizona voters want, new survey says
Opinion: Much of what we hear in soundbites is not a priority for most Arizona voters, according to a new survey. That should be a red flag for candidates.

Posted on June 08, 2022 • Category: Op-Ed
By Sybil Francis – President & CEO, Center for the Future of Arizona 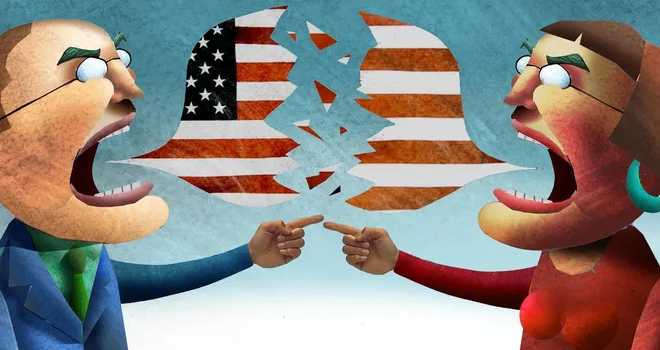 Early ballots for Arizona’s primary election will begin landing in mailboxes in a few weeks. Already, the airwaves and our inboxes are filling up with campaign ads, mostly telling us how bad the other candidates are.

Or, if they do address issues, they focus on topics calculated to inflame passions. But are these the issues voters really care about?

We at the Center for the Future of Arizona decided to ask voters. Are voters getting the information they need from candidates to cast an informed vote? Their answer: No, not even close.

Thus was born the Arizona Voters’ Agenda, a data-driven look at what likely Arizona voters care about and what they want candidates asking for their vote to talk about.

Most Arizonans care about the same few issues

The results paint a very different picture than if sound bites and political rhetoric were the guides. They’re eye-opening proof that across political parties and age groups, Arizonans agree on what is important.

The Arizona Voters’ Agenda is the latest example of Center for the Future of Arizona’s commitment to listening to Arizonans about what matters most to them and broadly sharing the results to help communities and elected leaders make informed decisions about how to build The Arizona we want.

In this round of listening to Arizonans, we worked with HighGround Public Affairs to conduct the new survey of 2022 likely voters. Our findings were consistent with what we learned from our statewide survey of Arizonans in partnership with Gallup in the fall of 2020, as well as from earlier surveys.

We began by letting voters tell us the priorities on their minds. Responses to the open-ended question, “What do you want the candidates to be discussing as they compete for your vote in this year’s election?” revealed themes consistent with we saw in our previous surveys: immigration, economy, education, environment, politics and elections were at the top.

Over the next few weeks, we will be releasing findings on the key issues and items that voters care about and that candidates running for office would be wise to address.

Got a plan? That's what voters want

The issues that made it onto the Arizona Voters’ Agenda were those where at least a majority of all likely voters strongly agreed, and that met a secondary threshold where the sum of somewhat agree and strongly agree is a majority among every political affiliation and age group. In many cases, there was a supermajority agreement.

You can get the results by subscribing to Center for the Future of Arizona emails.

If you’re not familiar with our center’s The Arizona We Want surveys, some of the survey’s findings may surprise you and run counter to what we are hearing in the current election dialogue.

For instance, a majority of Arizona voters across political parties and age groups favor investing the state’s budget surplus in critical infrastructure improvements over cutting taxes. Banning “critical race theory” doesn’t rise to the top of their priorities, but making sure all children have high-quality teachers and principals does. They want to see support for sustainable practices that protect our air, land and water; this issue is especially important to independent and unaffiliated voters.

Overall, voters care much more about where a candidate stands on the issues and whether or not they have a plan to address them than they do about political ideology.

Nearly 40% of likely voters named “position on the issues,” and another 27% named “has clear plans or solutions” as their top criteria in assessing candidates. That means nearly two-thirds of likely voters care far more about the issues and solutions candidates propose than the partisan dialogue that typically drives debates.

Candidates who do focus on issues tend to get drowned out by those capitalizing on partisan divides and pressing hot button issues that matter to only a small minority of voters. This is the price we pay for the primary system that caters to the “base” voters in both parties and largely excludes independent and unaffiliated voters.

We believe voters deserve better. Candidates running for office should be accountable to Arizona voters and speak about what is important to them. The Arizona Voters’ Agenda is intended to do just that.

Over the next few weeks, we will be posing the big questions that emerged, reflecting what Arizona voters want to hear candidates for office address. We encourage the state’s political reporters to follow up and press the candidates to speak about these issues.

We’ll roll out the first big question on education – along with what voters prioritize for education – on June 13. Stay tuned for the results, and use them to insist candidates give you something more meaningful than trite talking points and inflammatory rhetoric.

Sybil Francis is president & CEO of Center for the Future of Arizona. Reach her at [email protected].