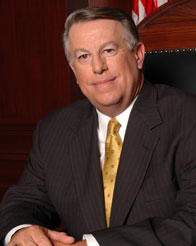 David K. Byers has dedicated his entire career to public service and has served as director of the Administrative Office of the Courts for nearly 20 years. His position is like that of a CEO for the entire Arizona court system. He oversees a system that employs 10,000 people, operates in more than 200 locations and processes more than three million cases per year.

The nomination submitted on Byers behalf states, "He is a thoughtful leader, who always strives to improve systems and programs that promote an independent judiciary. As a leader, Dave is bold, but thoughtful. No person has dedicated as much time, energy and commitment to the administration of justice as Dave Byers."

Byers has successfully kept Arizona on the forefront of modern court practices and has championed numerous ground-breaking programs that have sustained long after he turned over management. Among his many accomplishments is the Foster Care Review Board system that engages statewide citizen volunteers to review cases. Today, 515 citizens serve on 103 Review Boards. The program is recognized as a national model by the National Project of Juvenile and Family Court Judges and by the U.S. Department of Justice. 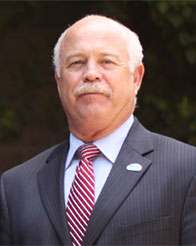 Doug Bartosh became city manager of Cottonwood nine years ago after a successful career as a police officer, including chief of police positions at Arizona State University, the City of Scottsdale and the City of Cottonwood. As city manager, he is the administrative head of the city with the responsibility for all city government affairs.

Bartosh's nomination highlights that he epitomizes the ideal servant-leader who is content to stay in the background, avoiding well-deserved accolades, while consistently rocking the world around him through his innovative and courageous deeds. It states that he is "a model of how to engage citizens in solutions to community problems."

As an example, Bartosh was instrumental in creating MATForce, a grass roots effort asking the community to be a part of designing solutions to substance abuse problems, which were driving the crime rate, destroying lives and consuming public services. The Yavapai County Substance Abuse Coalition emerged and today is a vibrant, active coalition recognized for its integrative approach to substance abuse issues. Recently, Yavapai County was selected by the Governor's Office as a pilot site to develop a model strategy to address drug abuse. 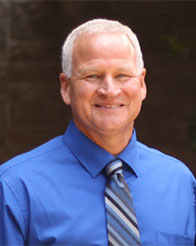 Michael J. Hemesath, who has spent his 29-year career with the City of Sierra Vista, originated the "PRIDE In Service" slogan, which stands for Pride, Respect, Integrity, Dependability and Excellence. He oversees the Public Works Department and is responsible for all public works functions, including supervision of 130 employees.

His nomination states that he consistently demonstrates superior technical skills and professionalism, but, more importantly, "has always placed the needs of the community first, continually looking for new and innovative ways to address growth." He's characterized as a director who is "always looking for a better way to do things."

Hemesath's innovative initiatives are reflective of a body of work over his career, not a single project. However, among his many successes, was a new wastewater treatment plant that resulted in the largest water mitigation project in the region, essential to helping Fort Huachuca.

Through a chemical-free process, the plant utilizes aerators, microorganisms and wetlands to clean the water. Through connections with local birding organizations, a bird viewing platform was built adjacent to the wetlands, which allows groups to conduct weekend tours.