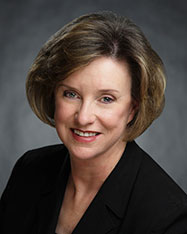 Betsey Bayless, who has been engaged in public service for more than 40 years, is the Maricopa Integrated Health System's first CEO of Arizona's only public health system, appointed in 2005. Since her arrival, she has led a financial turnaround of the organization, made substantial facility and equipment capital improvements, implemented a system-wide electronic medical records system, increased the number of physicians, and achieved clinical quality accreditation.

The nomination submitted on behalf of Bayless states, "Her leadership has improved the lives of everyone in Arizona. She is an extraordinary person whose public service spans decades, during which time she has also been a state agency director, Maricopa County Supervisor and Secretary of State. The latest chapter of her public service career is a government success story. Her commitment to the underserved in our community shines forth in the remarkable turnaround of the old 'county' health care system." 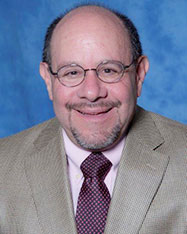 Arlan Colton has dedicated almost his entire 30-plus-year career to public service, focused in the area of land use, planning, conservation and creation of community. His nomination highlights that his "personality, character and time in our community have changed the platform for discussion around land use issues to encourage informed, engaged decision-making and connection of citizens to the process."

The nomination states, "Arlan works tirelessly to improve the quality of life in the state and Tucson region. His passion for community building is inspirational and contagious. His intellectual curiosity and self-confidence make him comfortable with engaging opposing viewpoints. A debate on the relative merits of an issue is commonplace in Arlan's world, and he makes those around him comfortable as it occurs. His clear and undisputed motivation is to make this a better community for future generations."

Among his many accomplishments, Colton was key at the Arizona State Land Department in fine-tuning and implementing the Arizona Preserve Initiative, which was a revolutionary change to how the agency addresses open space and that led to successful permanent conservation of more than 16,000 acres. His efforts helped change a century-old management structure to one that embraces conservation goals. A founding board member of Imagine Greater Tucson, Colton is a proponent involving citizens to achieve productive change. He also inspires others to be involved in public service and was integral in establishing a University of Arizona graduate planning degree mentorship program. 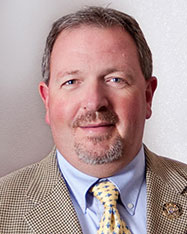 James Glen Jayne serves as the chief operating executive of Navajo County, a position he has held for 10 years. During his career, he has managed thousands of employees and worked with hundreds of elected officials to improve public policy and serve the interests of Arizonans. His nomination defines him as a manager with a "persistent determination to improve" and an approach based upon building lasting relationships, motivating people to best utilize their talents and continuously looking for new paths to success.

Recognized as a humble and masterful team builder, Jayne always encourages exploration of new ideas. He and his team are now working with multiple emergency response agencies in the White Mountains to create a regional dispatch center to improve service and lower costs for the region. Additionally, they are finding ways to improve Navajo County’s new internal leadership academy through a partnership with the Alliance for Innovation.

Jayne and his team have put together an outstanding list of accomplishments through the use of new technology and creative thinking. In 2011, Navajo County implemented an online back-tax land auction process resulting in a 48 percent sales rate, drastically improving on the 6 percent pace of the previous four years. In 2013, Navajo County’s Public Works team implemented the use of a new smart phone application allowing one inspector to track 2,000 signs in two months, eliminating the use of paperwork. Recently, the new solar array for the Navajo County Holbrook Government Complex was completed. It will reduce traditional energy consumption by 80 percent.