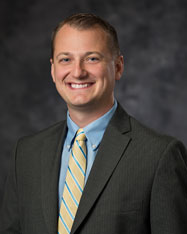 Rocky Brown has worked in local government for 12 years serving the citizens of Maricopa, Mesa and Gilbert. In his current position, he serves as the Recreation Manager for the City of Maricopa Community Services Department. Mr. Brown is responsible for managing all parks and recreation activities and facilities, including the Copper Sky Multigenerational & Aquatics Center, which boasts over 7,000 active members. He leads a staff of over 120 employees every day with a positive attitude and a desire to motivate them to do their best.

Rocky and his wife Tiffany have four children, Reese, Brighton, Brigham and Lainey. Rocky is very active and involved in the community coaching youth sports, serving in his church and working with local scouting groups.

Dawn A. Melvin has been engaged in public service since she was a teenager. Since 2004 she has led Arizona Office of Tourism outreach to enhance, cultivate and grow tourism development and marketing programs for Arizona’s American Indian communities. She serves as the agency Tribal liaison to the 22 tribes in Arizona and has collaborated with Tribal leadership to highlight tribal tourism attractions, place visitor information kiosks on tribal lands, open the first Visitor Information Center on tribal lands and work with global media representatives.

She is a member of the Navajo Nation born for the Coyote Pass Clan and is Hopi/Tewa from the Roadrunner Clan. 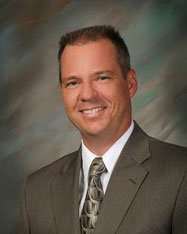 Robert L. Pickels, Jr. was Yuma County Administrator for 13 years, responsible for managing all County operations, acting as liaison between other County elected offices and the Board of Supervisors, guiding County department heads and communicating with residents about how public resources are utilized. He is passionate about encouraging citizen involvement in local government, and making the civic process easy to understand and accessible.

For example, under his leadership the County brought together experts and developed materials that explain to residents in clear, simple terms how the property tax process works, and how resources are utilized to serve the public effectively and efficiently.

During his tenure as County Administrator, Robert served as Chairman of the Yuma County Intergovernmental Transportation Authority, Chairman of the County Managers Association of Arizona and Secretary/Treasurer of the Greater Yuma Port Authority. He also served as a Board member of the Greater Yuma Economic Development Corporation, Southwest Arizona Futures Forum and the Rio Colorado Chapter of the Arizona Historical Society. In July 2015 Robert returned to his passion of practicing law and is serving the City of Sedona, Arizona as their City Attorney. A sports enthusiast, Robert spends much of his leisure time running, playing golf or watching his favorite teams.