Why voters aren’t as polarized as they seem
Arizona voters say they’re flustered with the narrative of the state being polarized and divided. Recent polls show voters want candidates who are willing to compromise

Voters aren’t as divided as it seems, but it will take work to make politics reflect that reality.

That was the message at a Deseret Elevate panel held Wednesday in Tempe, Arizona, hosted by the Deseret News. Panelist Sybil Francis, president of the Center for the Future of Arizona, said Arizonans don’t feel they are extreme and don’t feel that they know many people who are.

“What we’re hearing from Arizonans and voters is they’re flustered with this narrative of polarization and division,” Francis said. “We have a foundation of common ground. We actually agree much more than we disagree.”

The center’s survey found a majority of Arizona voters agreed on issues including expanding career and technical education opportunities (97%), increasing funding for education; public safety, roads and other critical investments (82%); and comprehensive immigration reform with a pathway to citizenship (81%).

Interestingly, divisive issues prominent in media and politics, such as critical race theory and completing the U.S.-Mexico border wall, didn’t receive enough support in their survey to even be included. It suggests news media coverage of politics and political rhetoric reflect only a loud minority of voters.

“We have an incentive structure that rewards extreme views in both political parties,” she said.

Francis said a recent poll conducted by her group asked likely voters if they preferred a candidate who was willing to reach across the aisle and negotiate in the interest of getting something done or a candidate who stuck to his or her ideology. The candidate willing to compromise won out. 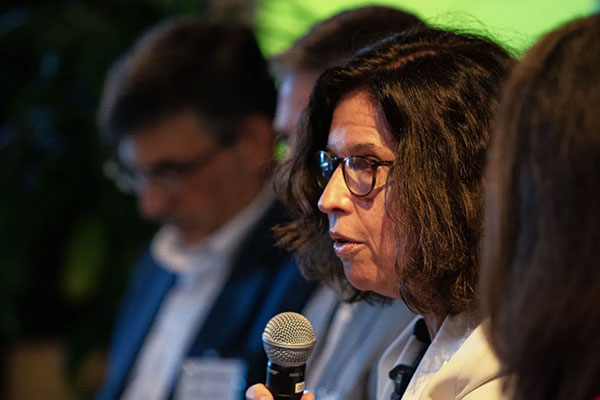 “Two-to-one, people are more interested in candidates who are willing to reach across the aisle and compromise,” she said.

One challenge preventing our political system from reflecting the way many voters feel is an us-versus-them mentality, said Jack McCain of the McCain Institute. People assume those with different political views must be ignorant, stupid or evil, he said.

“That drives a lot of the dynamics you see today,” McCain said.

He said it’s easy to make money and fundraise in politics by being loud, but getting something done is significantly more difficult. Still, “you’re starting to see some politicians pivot.”

Paul Carrese, founding director of the School of Civic and Economic Thought and Leadership at Arizona State University, said the U.S. needs to improve its civics education.

“As an educator, there is a huge deficit of civic education and it isn’t just in K-12, it’s in higher education as well,” he said.

Lea Marquez Peterson, chair of the Arizona Corporation Commission, said she’s “seen firsthand a lot of the divisiveness that has occurred” in her role as an elected official. The commission passed a code of conduct, she said, and “maybe it doesn’t have a lot of teeth, but’s a Girl Scout, Boy Scout promise.”

“We need to agree to disagree, we need to be respectful,” she said.

Deseret News: Why voters aren’t as polarized as they seem